Is Casual Dating good for Relationships?

Sometimes you just don’t want to put a label on it. You meet someone you really like but you’re still young, figuring some stuff out, and want to get to know them (and yourself) a bit more before making it Facebook official and whacking a label on you both.

Casual dating is very different from just hooking up with someone. Even though both have a lot in common, casually dating someone implies you are getting to know each other beyond the realms of just a one time hook up, with no further emotional commitment of any kind. When you search on Google for dating sites then you can get many most popular dating sites from where you can find the perfect partner for dating. And for sure, if you’re feeling somehow stuck like you don’t have a clue of why you’re failing at finding a good person to date, you might find more than useful these 5 steps to get out of the dreaded friend zone.

There are many factors that can influence your opinion towards casual dating, such as your age and particular upbringing. You may view casual dating as a great and fun way to socialize and a stepping stone towards finding a long term relationship. On the other hand, casual dating can seem immoral if casual sex is happening outside the realms of marriage.

Whatever your opinion is, we are going to explore casual dating in a deeper context and try to determine whether it is good for the development of romantic relationships.

Due to the lack of serious commitment and the officialness that comes from casually dating, there runs the risk of blurred lines and confusion arising. This is especially felt when one party is feeling deeper and stronger feelings than another.

If you’re moving at different paces and experiencing the different intensity of feelings (this is of course made more complicated with sex being in the picture) there runs a risk of the lines and expectations of casual dating becoming a bit hazy.

These blurred lines can cause some negative emotions to stir up if not addressed. This can unfortunately lead to one person being hurt and disappointed by remaining casual and feeling like another option amongst this busy dating scene.

Resulting in a feeling of lack of worth from the instantibily that comes from casual dating. If this occurs to a person more than a few times, it can lead a person down two very different roads.

It can cause fear of deep expression and some trust issues, which if not dealt with can hinger future, more serious relationships. Whilst leaving them feeling like they don’t deserve any better and they are incapable of anything deeper and more fruitful.

On the other hand, it can help that person realise they are ready to explore a deeper, more committed relationship and leave the casual dating scene behind. Going through the casual dating phase has helped this figure this out!

What Makes A Man Leave His Wife For Another Woman?

How Long Does A Crush Last? 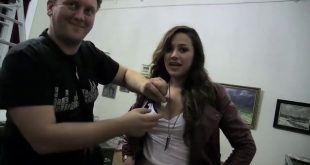 What Does It Tell If A Girl Is Letting You Touch Her Breasts?